Dear Lord Jesus, I know that I am a sinner, and I ask for Your forgiveness. I believe You died for my sins and rose from the dead. I turn from my sins and invite You to come into my heart and life. I want to trust and follow You as my Lord and Savior. In Your Name, Amen.

Most of its advocates admit that the sinner’s prayer, as such, is not found in the pages of Scripture. They often appeal to Romans 10:9-10 and Revelation 3:20 to justify the practice, suggesting the sinner’s prayer is the means by which one would confess with the mouth unto salvation and to open the door to the heart to allow Jesus to enter. Unfortunately, this reasoning seems to wish to justify an existing practice more than to make sense of what Paul and Jesus were addressing. The confession of which Paul spoke in Romans 10:9-10 is not of sin, which, while true, is not said to lead to salvation in the New Testament; instead, Paul referred to the confession of Jesus as the Christ, the Son of the Living God, a profession of that which one has now come to believe through the Gospel (cf. Matthew 16:16, 1 Timothy 6:12-13). Jesus did declare to the Laodiceans that He stood at the door and knock in Revelation 3:20, but no specific reference is made to the heart; instead, the metaphor is that of sharing a meal at a table, a demonstration of association. In context Jesus wanted to give the Laodiceans assurance: if they repented, Jesus would again dwell in their midst, and would consider them as part of His people. Jesus certainly continues to invite people to come and abide with and in Him, but the sinner’s prayer is nowhere considered the means by which this would transpire.

James the Lord’s brother warned us against the idea that anyone is justified by faith alone (James 2:24); nevertheless, Christians are saved by grace through faith, since none of us can earn salvation by any works we might do for merit (Romans 3:20, Ephesians 2:1-8). As Revelation 3:20 would suggest, Jesus stands at the door and knocks: He has done all that is necessary for us to be saved if we would only accept His salvation according to what He has set forth for us.

How did people respond to the Gospel message in the first century? We find a consistent pattern throughout the pages of Scripture. When people open to the Gospel message heard the declaration of Jesus’ life, death, resurrection, ascension, lordship, and imminent return, they recognized Jesus as Lord and Christ by first believing in Him, trusting Him as Lord, then confessing that He was the Christ, the Son of the Living God and repenting of sin and committing to follow Jesus as Lord, and then were baptized in the name of Christ for the forgiveness of their sins (Acts 2:38, 8:35-38, 16:31-33, etc.).

It is good to see that those who would advocate for faith only nevertheless recognize that there ought to be some action or means by which one’s conversion is memorialized, both for the believer him or herself and for others as well. And yet God anticipated such needs already and has established prescribed actions and behaviors in His Word to this end: confession and baptism. These represent ancient practices which have been maintained consistently for as long as Christianity has existed. On what basis should we prefer a twentieth century innovation over what was proclaimed by the Apostles in the name of Jesus?

The sinner’s prayer cannot provide salvation; it cannot attest to salvation; it has no standing or even purpose according to what God has made known in Christ through the Scriptures. Instead, the only “prayer” of the sinner is to believe in Jesus, confess Jesus before others, repent, and to be immersed in water in the name of the Father, the Son, and the Holy Spirit for the remission of his or her sin (Acts 2:38, Romans 6:3-7, 10:9-10). The prayer, or appeal, of the sinner is accomplished in the act of baptism, defined as an appeal to God for a cleansed conscience through the resurrection of Jesus, and for salvation in 1 Peter 3:21. May all seek to be saved in Christ by the means which He established from the beginning, believe, confess, repent, and be baptized, and thus put on Christ!

We should not be surprised to find ourselves in a similar predicament with black and white believers. https://t.co/cDMxRi7YEr
View on Twitter
0
5 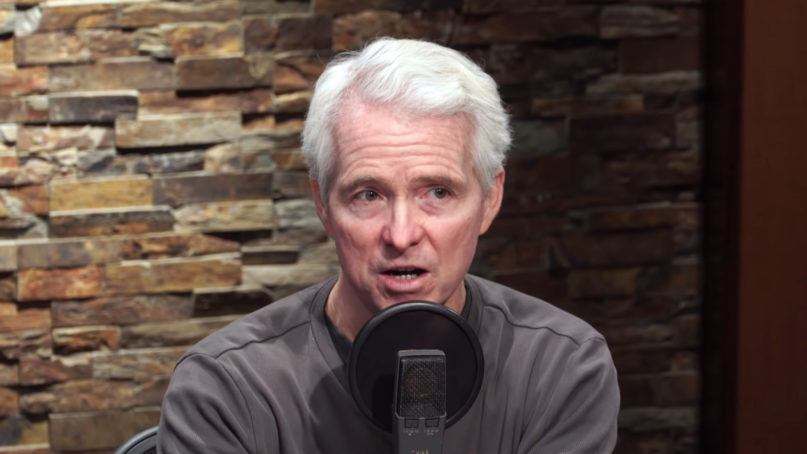