For the past few generations the Western world has begun to witness a conflict regarding something which most people throughout time have taken for granted: what is gender? For most of human history, people recognized that there were men and there were women. It was always granted that some women conducted themselves in a way consistent with male tendencies, and some men conducted themselves in a way consistent with female tendencies; it was also known that there would occasionally be some people born with ambiguous gender identities. Nevertheless, for the most part, men were men, and women were women.

Many highly zealous feminists in a recent generation attempted to suggest that gender was purely a cultural construct; men were men and women were women, not on account of birth, but because culture conditioned them to consider themselves as men or women. Thankfully that line of thinking has been discredited; it is generally recognized that there are physiological differences between men and women and that there is far more to gender than cultural conditioning. The breach had been made; ever since there has been open questioning of the nature of gender. It is now considered bigotry and highly discriminatory to suggest that men are men and women are women; today gender identity is being defined as “a person’s private sense, and subjective experience, of their own gender. This is generally described as one’s private sense of being a man or a woman, consisting primarily of the acceptance of membership into a category of people: male or female” (Wikipedia).

We should not be surprised that a highly individualistic culture prioritizing the moral judgment of the individual for him- or herself should believe that gender is really one’s personal sense and experience of gender. What, then, should Christians believe regarding gender and identity? 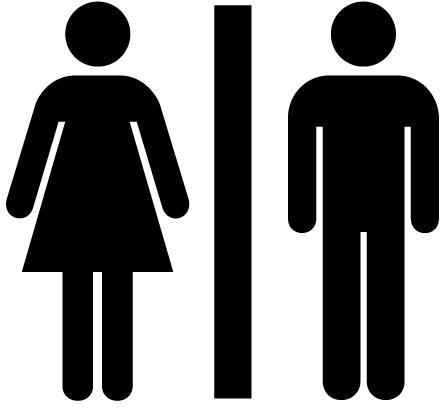 The Scriptures speak of God creating humans specifically in two genders. God made humanity in His image, both male and female (Genesis 1:26-27). In Genesis 2:18-25 God makes the woman out of man as a like and suitable partner; as Paul later pointed out, the woman was made for the man, but man is born of woman, and neither is independent of the other (1 Corinthians 11:8-12).

Both Paul and the Genesis author point out the complementary nature of man and woman. They each are made in God’s image, and each reflects many characteristics of God; they exist and continue to exist on account of the presence and contribution of each other. God is a “man of war,” loyal to covenant, ruler of all things with power, judging in wrath, all masculine characteristics (Exodus 15:3, Psalm 89:1-14). Yet God also tenderly cares, heals, nourishes, and sustains His people, all feminine characteristics (Isaiah 40:1-2, 57:18, Matthew 23:37). Neither is better than the other; they both prove important. Man needs woman, and woman needs man; the two can become one flesh together, whereas they cannot share in that unity with members of the same gender (Genesis 2:28, Matthew 19:4-6).

Gender conflict is as old as sin itself; a woman’s desire to rule over the house was expected as part of the curse as well as the insistence that the husband would rule over the wife (Genesis 3:16). Men and women have been sinning against each other ever since. Oftentimes men have asserted their superiority over women; the Scriptures suggest no such thing, and confers equal dignity for men and women (Galatians 3:28). Women, in turn, have believed, and now publicly suggest, their superiority to men; such has no greater Scriptural warrant than its opposite. God intended for men and women to complement each other, meet each other’s needs, and provide what the other lacked; far too often these differences have led to conflict and bitterness, and such is all due to the effect of sin.

The presence of sin and death in the creation has led to corruption, decay, and futility (Romans 5:12-21, 8:18-23). This corruption is manifest in our thoughts, our feelings, our behaviors, and even in our DNA; it explains how it is possible for so many to suffer from so many genetic maladies. We should not be surprised, therefore, when the hormonal and sexual elements of humanity also suffer from this corruption and decay. Some are born with ambiguous expressions of gender; it should not at all be surprising for there to be people whose body parts and hormonal cocktails do not align.

What is to be done about such things? All humans have sinned and have fallen short of the glory of God; all humans experience various trials and temptations depending on their context (Romans 3:23, 1 Corinthians 10:13). But does the existence of someone who may feel as if their brains, personality, and essence do not match their physical gender mean that gender is simply a personal decision or cultural construct? If anything such should reinforce the recognition that there is such a thing as “gender,” that there is male and female; these “exceptions” actually do well to prove the “rule”!

God therefore made humans male and female, both as gendered, and yet both in His image. Both men and women are equal in dignity and standing before God, even though they have different roles to play. There are some who, on account of the corruption of creation, may experience a disconnect between their mind and their body; such all the more reinforces the fact that there is “male” and “female,” and these are not something we choose, but are. To suggest what one believes in the mind must be privileged over what one manifests in the body is a form of Gnosticism; furthermore, just because we can use technology to help such a one manifest in the body what they believe in their mind does not mean that we should. Nevertheless, Christians do well to show compassion toward the transgendered, and encourage them toward wholeness in Christ. May we affirm what the Scriptures teach regarding gender and identity!

Belief that Jesus is the Christ is important, but faith demands trust as well.

Faithfulness as full of faith is likewise important, yet faithfulness also demands to be trustworthy.

Even when we were dead through our trespasses, made us alive together with Christ (by grace have ye been saved), (Ephesians 2:5).
View on Twitter
0
2

Once you start going down the "it was a cultural custom" road, it's hard to condemn those who just travel further down it. https://t.co/SoTrllwygL
View on Twitter
0
10