Life in modern America is full of inconsistencies and paradoxes. Perhaps no paradox is more baffling than how Americans interact with one another. We have more people living in America than ever with more ways of communicating and associating with our fellow Americans (and people of other countries also) than ever, yet Americans are more isolated than ever before.

Consider the average American office worker. He wakes up, prepares himself, and gets in his vehicle to go to work. Even though he is in the midst of tens of thousands of other Americans on the very same road, he is in his own car with four walls, blocking everyone else out. This worker works in a large office building with hundreds or thousands of other people, and yet he is cordoned off by his cubicle walls. His contact with others is almost exclusively limited to the telephone and the Internet. At the end of the day, he returns to his house in a subdivision in the suburbs, near hundreds of other people yet fenced off and locked away from anyone but his “nuclear family”. He may know some of his neighbors, but the majority of them are perhaps familiar faces otherwise unknown. The majority of the times where such a person would perhaps have more contact with people directly (i.e. while shopping) there are unwritten social rules that hinder true human association and contact. It could be said that we no longer live “with” our fellow human beings, but “around” our fellow human beings. 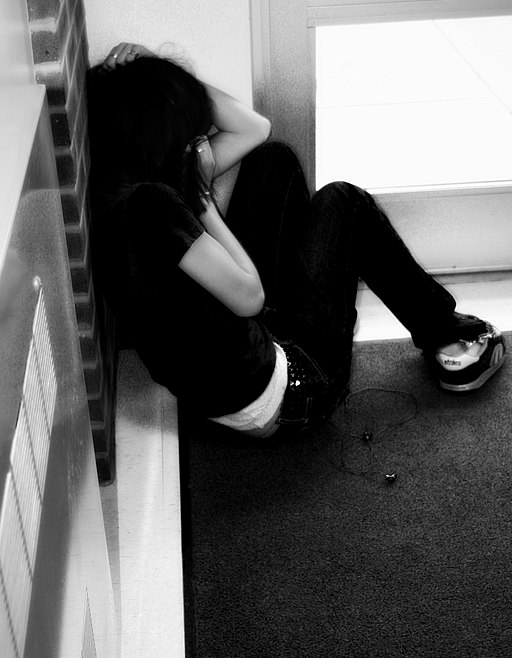 How did this happen? Even a hundred years ago people interacted more with their fellow man. Part of the change is based upon our technology: automobiles allow us to travel long distances without interacting with other people, our entertainment choices today actively discourage contact with others, and while the telephone and the Internet allow greater access to people who live many hundreds or thousands of miles away, they cannot replace direct, face-to-face contact. Fear also plays a role; the media and other societal factors encourage us to be more suspicious of our neighbors than welcoming to them (contra Luke 10:27). People live in the suburbs and actively seek to avoid contact with others! Furthermore, the unwritten social guidelines that require us to respect other peoples’ space and boundaries hinders communication with people whom we do not know. If you challenge this idea, go to a store and try to strike up conversation with complete strangers, and you will see these unwritten rules quite clearly!

What does this mean for us as Christians? When we look in the New Testament, we see a world that was much less isolated. Paul could go and speak in the marketplace of Athens and people would listen to him (cf. Acts 17:17). He could go to any city and find open places where he could present the Gospel message and complete strangers would consider it. Where could we go and do this today? The options are much more limited than in Paul’s day. Even if such a venue could be found, the odds of people listening to a complete stranger about such matters are quite low indeed.

How, then, can we promote the Gospel in this climate? Some have attempted to use some of the instruments of isolation–radio, television, and the Internet–and through such mass media we may be able to convince some of the truth of the Gospel. While such indirect means of evangelism are certainly good, we are much better off to go against the isolationist grain of our society and be as Jesus said to be in Matthew 5:13-16: lights of the world, cities set on a hill. While many may not be able to precisely put their finger on it, so to speak, it is clear in our society that many suffer emotionally and spiritually from the isolation. We as Christians can appeal to this isolated world by being hospitable, open, loving, caring, and welcoming people, as Jesus would have us to be (cf. Matthew 5:13-17, 1 Peter 4:9, etc.). Likewise, the church can function as a community of believers as it did in Acts 2:39-47, with people actively concerned for the welfare of one another, striving to build one another up in the faith and to be as the family of God.

Our concern regarding isolationism should not stop with evangelism, however. We also need to make sure that we are not “conforming to this world” of isolationism (cf. Romans 12:2). Christians are to be a “peculiar” people, “sanctified” or “set apart” from the world (1 Peter 2:9), and this should most certainly be true in terms of how we approach this world. Even if everyone around us attempts to isolate themselves from his or her fellow man, we need to be open and loving toward our fellow man, especially those in the household of faith. After all, how can we say that we “love our neighbor” if we do not know our neighbor (Luke 10:27)? How can we, as Christians, love our brethren and “bear one another’s burdens” if we do not know our brethren and do not care to know them (1 John 3:15-16, 4:11-12; Galatians 6:1-2)? How can we seek to stimulate one another to love and good works if we try to isolate ourselves from one another (Hebrews 10:24-25)?

Brethren, souls are perishing from want of care and concern in this isolated world. We have an opportunity to stand and be the lights of the world that Christ would have us to be, demonstrating that we are indeed a set apart people, willing to open ourselves up to one another and to open our doors for all mankind. If the church functions as the community as it ought, and if Christians love their neighbors as they ought, God will add to our number (Acts 2::47). Let us strive for this today!