Fruit of the Spirit: Love

Living With the Unanswered Question

It is said that the two subjects which ought to be avoided in polite conversation are religion and politics. Furthermore, within Christianity, there is often an understandable desire to transcend the politics of the day: politics, by the very nature of the craft, involves compromise and gets very dirty in deal making; furthermore, no political platform fully embodies God’s purposes in Christ, and politicians invariably fall short of upholding what God would have upheld in Christ in every respect. At the same time, Christians in America will invariably be called upon to engage with all sorts of ideas, philosophies, plans, and policies prevalent in American political discourse as members of this representative republic; thus, however Christians engage with politics, they ought to do so in ways which bring the lordship of Jesus to bear, and Jesus ought to be glorified and manifest in how they speak of politics and politicians (Ephesians 4:29, Philippians 1:27, Colossians 3:17). We thus do well to consider the broad trends in political discourse and how they relate to what God has made known in Jesus.

The vast majority of modern American political discourse takes place within the general confines of philosophical liberalism: a commitment to free speech, freedom of individuals, the fundamental equality of everyone, a commitment to the rule of law, free markets and free trade, freedom of religion, and a primarily secular posture from the government. Within this commitment to philosophical liberalism we presently see three major political postures: progressivism, conservatism, and libertarianism.

Those most often deemed as “liberals” in twenty-first century American political discourse come from the “social liberal” position and are now more likely to be deemed as “progressive.” As the name would denote, political progressives maintain great confidence in the ability of society to accomplish change to enhance the integrity and quality of life for its citizens through political means. To this end, political progressives have few qualms with using the coercive power of the government to reduce discrimination and inequality, to limit corporate power, to empower labor, and to provide for a social safety net for the disabled, elderly, and poor. Political progressives remain very skeptical of and resistant to government involvement in the realm of sexuality, desiring for the government to take a “hands off” posture in terms of regulations regarding sexual conduct and contraception (save for imperatives regarding the funding for contraception). The vast majority of political progressives maintain a pro-choice position on abortion; many who used to advocate for abortion to be “safe, legal, and rare” are beginning to exalt more in abortion, and are less morally bothered by the practice. Political progressives often prove suspicious of military endeavors and the modern police state; they are developing a more robust antiracist posture, and tend to emphasize the weaknesses, limitations, and failures of the past with a view to correcting them for the future. Dissent and critique remain potent aspects of patriotism among political progressives. Many political progressives are wary of religion in general, and of Christianity in particular, associating Christianity with the establishment and maintenance of white supremacy and patriarchy of the past few hundred years; members of less popular religions, such as Judaism, Islam, and eastern beliefs, tend to not be so strongly subjected to critique. Marxist critique of capitalism is taken as given among most progressives; a few have more confidence in Marx’s solutions than is warranted. Confidence that all such things will lead to a betterment of society holds together all of these views.

Many Christians today believe progressivism is entirely contrary to the purposes of God in Christ. Such goes beyond what is written and represents a partisan posture more than a godly one. In terms of policy many aspects of political progressivism can run afoul of what Christians must hold firmly to in Jesus: Christians cannot endorse elective abortion as good or honoring God’s purposes for life, and same-sex sexual behavior remains condemned in Christ (Psalm 139, Romans 1:18-32, 1 Corinthians 6:9-11). On the other hand, God does expect the government to reward good conduct and punish evil conduct, and political progressives are right to point out how oppressed and marginalized groups have often been denied justice, and some among more privileged groups have not been punished for the evil they have done (cf. Isaiah 1:10-17, Romans 13:1-7, James 5:1-6). The equality of each person before God ought to mean equality of each person before the government and the law of the land, and these are premises for which it is right to stand (Galatians 3:28). The impulse to provide for the poor and ill historically has found its origin in the imperatives of the Gospel in Matthew 25:31-46.

The recent antipathy among political progressives toward those who practice the Christian faith is a tragic irony considering the very religious origins of progressivism. The drive to reform society for the better is a continual trend in Western Christendom for the better part of the last millennium; the Progressive Era in American history came as the fruit from the efforts of those advocating the social gospel and others whose faith motivated them toward societal change; the Civil Rights Movement of the middle of the last century was explicitly rooted in the Christian witness of the equality of all in the sight of God, and sustained by Black Christians. Even though modern political progressivism is extremely secular, its energy comes from this heritage and very religious motivations and inclinations.

The main challenge of political progressivism, however, is in its fundamental conceit: the belief that society can progress or improve. As Christians we must continue to confess the presence of ancestral sin and the continued corruption of the creation, the cyclical nature of history, and human limitations and weaknesses: some things might change for the better, but other things will change for the worse (Ecclesiastes 1:9, Romans 5:12-21, 8:17-23). Not everything hailed as “progress” has made things better for humanity: as we have improved in our technology, health, and quality of life, we have also become more alienated from one another and less communal in outlook. Progressives themselves would see the changes in our climate as an unfortunate result of the technological progress we have made. Everything comes at a cost; “progress” in one area might lead to “regression” in another area, and the law of unintended consequences remains live and active. It proves all too easily to question everything and go beyond what is right, appropriate, or sensible in what one would like to change. Furthermore, it is one thing to see the problems and difficulties in society, and even to propose some possible solutions; it is quite another to invest the energy necessary to fully address the problems, and additional government bureaucracy can make things worse as much as it may provide some assistance. We cannot assume or expect that various changes will ultimately lead to “progress”: we can advocate for changes while recognizing that they will make life in the world different, perhaps better in some ways, but also possibly worse in others. In this way the aspirations of progressivism are continually frustrated, and ever will be until the Lord Jesus returns.

At the same time, how many of us have benefited greatly from the various changes made in society over the past century in the name of such reform and progress? The impulse to change is not always wrong; many things do need to be changed in society so it might be made healthier. Jesus is glorified when changes are made which allow for greater human flourishing in justice and righteousness. But not all changes are good; changes which devalue life, alienate people from one another, and deny the glory and majesty of God dishonor our Creator and malign His righteousness and justice, and His judgment will not be idle. As Christians, let us affirm what is good and advocate for it while resisting that which is evil, and honor God in Christ!

Before you presume to be better than your ancestors, realize that you can take out "Race Mixing" and put in "BLM" or "CRT" and the rhetoric remains the same. https://t.co/l41K6j7vuy
View on Twitter 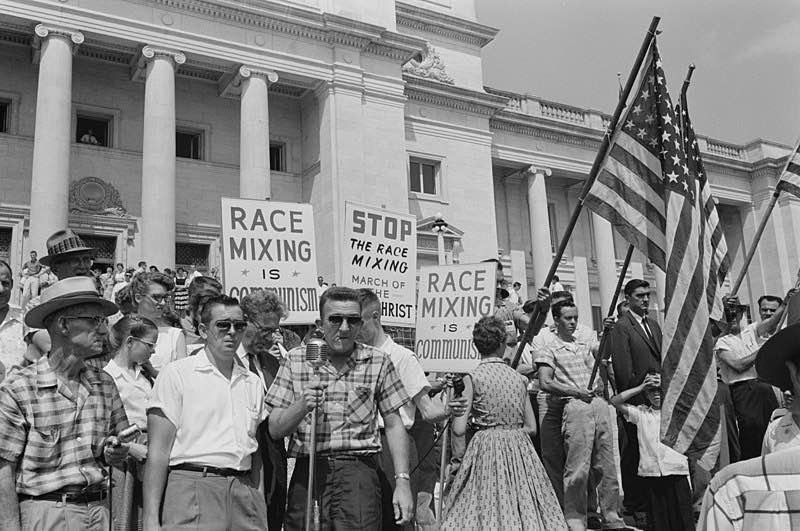 You've heard it referenced in many disembodied, decontextualized ways.

But what is the Hebrews author trying to do with the "hall of faith"? https://t.co/L03BoYQgkC
View on Twitter
0
2

I'm glad someone has finally figured this out. https://t.co/v2CB4451vZ
View on Twitter
0
0

In which Ezekiel sees there will be a prince, and a united, peaceful Israel.

How does Ezekiel's Temple vision find its fulfillment in what God has accomplished in Jesus? https://t.co/ov1RU1FQmP
View on Twitter
0
1
Follow @deverbovitae