The Cult of Leadership

Modern man believes himself to be quite advanced and progressive, and far more enlightened than his more “primitive” forebears. He would like to believe that he stands upon the foundation of scientific knowledge, purged of superstitions and fables. He considers the myths and fables of the past and scoffs, thinking them childish and immature. And yet, in the middle of this scientific age, when people in white laboratory jackets are elevated as the ultimate authorities and salvation is believed to come from data, millions of people spent about a billion dollars to go and see Star Wars. Harry Potter, The Hunger Games, and Twilight, among others, have dominated book bestseller lists and have been converted into movies. Even in the 21st century, stories remain compelling and resonate with people.

When most people think of stories, they often think of fairy tales, scary stories, campfire tales, and the like. They are not “true,” and many thus think we can safely dispense with them. But why do these types of stories exist? They are inventions, certainly, but many of them teach ethics and morality. But stories do not end there. Throughout our lives we continue to tell ourselves stories about who we are, what we are about, as individuals and as collectives. Much, or perhaps most, of the content of those stories might be consistent with truth. Yet they remain stories nonetheless. 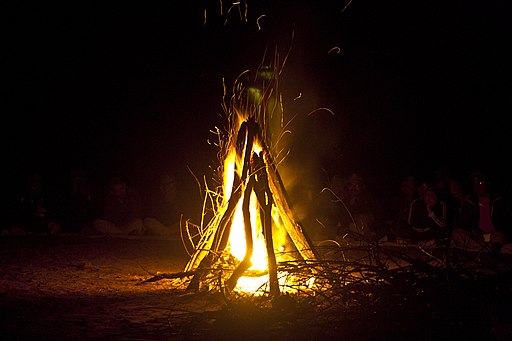 Many people might believe a compendium of discoveries made by science and consider it to be a series of facts. In the end, scientists tell stories, attempting to find meaning in the things they believe they have discovered. The theory of evolution tells a story about the origin of species; the theory of quantum physics tells a story about how atoms behave at the quantum level. The entire scientific endeavor would provide little benefit if it were not constructed into a greater story!

History, for that matter, is the story we tell about what people did in the past; the word “story” derives from the Latin historia. That story should respect bits of facts which have come down to us, but all those facts need to be put together into some construct and made relevant for our understanding. As we change, so does our understanding of the past; the story of our ancestors is being constantly updated.

The Bible is full of individual stories, yet their goal is to tell the story of the Creator God and His steadfast covenant loyalty to His people. The Psalms are replete with references to YHWH as the Creator, YHWH as the God of Israel who dwells in Zion, YHWH as showing covenant loyalty to His people, and the re-telling of the story of Israel as the people of God. The Passover was designed to be an annual re-enactment, and thus re-telling, of the founding story of Israel, delivered from bondage in Egypt by YHWH through His strong hand (Exodus 12:1-51). As Stephen and Paul attempted to speak the truth of Jesus of Nazareth to Israelites they did so through the re-telling of the story of Israel’s interaction with their God (Acts 7:1-53, 13:16-42).

All the Israelites knew their story, particularly in the Second Temple Period; by then, they did not have much beyond their story. Their ancestors had been exiled to Babylon where they heard the story of Marduk slaying Tiamat, making humans out of the blood of her consort, compelling them to work the ground to give food to the gods, and exalting Babylon above all cities. Nevertheless, many in Israel held firm to their story. Awhile later the Greeks ruled over Israel and sought to compel the Jews to accept the Hellenistic gods and customs, enshrined in Homer’s Iliad and Odyssey. Nevertheless, many in Israel held firm to their story.

Babylon is a ruin; Hellenistic myths and customs have fallen out of favor. But the story of Israel persists through Jesus of Nazareth, its embodiment and then ultimate fulfillment (Matthew 5:17-18). Through faith in Jesus we all have access to enter and become a part of God’s story. Christians have their story of redemption in Jesus, participation in His Kingdom, and hope for the consummation of all things in the resurrection. But do we know that story? Do we accept that story, and use it to define our existence and purpose? Or are we in danger of abandoning the story of God working in Jesus for the counterfeit stories and myths prevalent in our midst? Let us hold firm to what has been handed down to us in the Gospel, and proclaim and embody the story of God’s redemption in Christ!