In the beginning God created the heavens and the earth by means of His Word. As part of that creation, on the sixth day, God created humans, making both male and female in His own image. His creation was very good; man lived in the Garden of Eden in full, unbroken communion with God, and it was good, and God rested from His creative labor.

Yet the first man and woman transgressed the commandment God had given them. They ate of the fruit of the tree of the knowledge of good and evil; their eyes were open; they had lost their innocence. As a result of their transgression, sin, corruption, decay, and death entered into the creation, and all that we can perceive has been made subject to them. Mankind was cursed to work the ground in futility and to die, returning to the dust from which he was made.

Sin increased all the more until the thoughts of man were only evil continually. God condemned all flesh to death by flood save Noah, his family, and the animals on the ark. After the Flood mankind came together at Babel to make a monument to his own greatness. God confused their languages and scattered them. On account of sin people found themselves without God, without each other, without a nation, and without hope in the world.

God would have been in the right to simply condemn all mankind. Yet in His great love He began working to reconcile people back to Himself by choosing one man, Abraham, who trusted in Him. God promised Abraham that He would make of him a great nation who would inherit the land of Canaan; through his offspring all the nations of the earth would be blessed. To Abraham was born a child of promise, Isaac, long after the years of childbearing had passed. Isaac, in turn, fathered Jacob, and Jacob fathered twelve sons, all of whom would receive the promise.

Jacob wrestled with an angel and was given the name Israel; he and his children sojourned in Egypt during a famine. The Egyptians enslaved the Israelites. In the days of strong Pharaohs in Egypt God rescued Israel from Egypt with a mighty hand, leading them out of Egypt and through the Wilderness at the hands of Moses and Aaron. Israel became God’s people as God had promised Abraham; He intended to make for Himself a holy nation who would uphold His Law and serve as a blessing for the nations.

But the nation of Israel continually proved rebellious. In the Wilderness they complained and doubted God frequently. After Israel conquered the land of Canaan the Israelites continually forsook God and served idols. At first God raised up judges to deliver Israel when they repented; they then wanted a king like the other nations. Saul was the first king, then David, a man after God’s own heart, who would never lack a man on the throne. Solomon, David’s son, would build a Temple for God, but after his days the kingdom was divided into two. Both kingdoms were plagued with idolatry; Israel was exiled to Assyria after two hundred years, and Judah to Babylon a century after that, all foretold by the prophets God sent to Israel.

A remnant of Israel would return to its land after the exile, rebuild the Temple, and sought to serve God despite living under foreign kings. As Daniel the prophet had seen, in the days of the fourth empire to rule over Israel, the promised King of the Jews, the descendant of David, was born in Israel. Jesus of Nazareth accomplished all that had been spoken of Him in the Law, Psalms, and Prophets. He embodied the story of Israel: soon after birth He lived in Egypt, returned, was tempted in the wilderness, ministered in the land, teaching the people the truth about the Law and proclaiming the good news of the Kingdom to come, was betrayed, suffered death (like an exile), but God raised Him on the third day. Through Jesus’ death and resurrection God provided a means by which all men could receive forgiveness of their sins, reconciliation with Him, and victory over sin and death. After forty days Jesus ascended to the Father who gave Him all authority in heaven and on earth. On the day of Pentecost Jesus’ Apostles proclaimed the good news of His death, resurrection, and lordship, and thereby established the Kingdom of Jesus on earth. In Christ people could receive all the blessings which God wanted to provide through Israel; all could receive salvation and share in the faith and promise of Abraham through Jesus.

The Apostles would preach the Gospel through the power of God to both Jews and Gentiles throughout the Roman world in the first century CE. They established churches, local assemblies of people who sought to serve the Lord Jesus, in every city, and in those churches appointed elders to oversee the church and deacons to serve it. Evangelists went about proclaiming the Word, preaching the Gospel and exhorting and warning believers unto faithful belief and conduct in the Lord Jesus.

The Apostles and their associates recorded their testimony regarding what God had done through Jesus in what would become the New Testament. After the death of the Apostles their authority was not handed down to anyone; appeal was to be made to the witness which the Apostles had already established in the Scriptures. Unfortunately, before long, many began to revise and adapt God’s plan for the local church. False doctrines spread far and wide; many stood against such doctrines, but their arguments would soon be taken far beyond their intentions. Within a few hundred years after the death of the Apostles many churches had established an elaborate hierarchy of authority, had accommodated with pagan culture and re-introduced elements of the old covenant into Christianity, and had apostatized from the teachings of the Apostles.

For generations a few held firm to the truth of God in Christ as revealed in Scripture; they were harassed, persecuted, marginalized, and suppressed. Deviations from the truth grew ever greater; after over a millennium many began to seek to return to the ways of God as established in the New Testament. The Reformation shattered the hold of Roman Catholicism over Western Christendom; three hundred years later, in Scotland and America, many began working diligently to restore Christianity to its fundamental New Testament principles. Thus the Restoration Movement began in earnest.

Even then many in the Restoration Movement proved willing to go along with the innovations of the denominations around them. Many were seduced by the missionary society. The divisions among the Christian Church (Disciples of Christ), independent Christian Churches, and churches of Christ were established by the beginning of the twentieth century. Among churches of Christ a similar impulse toward supporting institutions and rejecting appropriate New Testament authority led to yet another division a half a century later. To this day we stand upon the authority of God in Christ according to what He has revealed in the New Testament and seek to establish authority for all faith and practice.

We look forward to the day of resurrection and judgment. The Lord Jesus will return as He left, rendering judgment upon all men, saving those who trusted in Him and condemning those who did not know Him nor obeyed His Gospel. The saved will obtain the resurrection of life; the mortal will be swallowed up in immortality; they will have fully overcome sin and death and will remain in the presence of God in Christ forever in unbroken fellowship. All will be well yet again.

This is the story we should tell about who we are, who God is, and our place in all such things. Do we know the story? Can we affirm it as true? Are we willing to uphold this story and our participation in it? Or will we give into the temptation which so many before us did not overcome and renounce part or all of this story for a competing narrative propagated by the spiritual forces in control over this present darkness? May we uphold the story of how God has worked to save His people in Christ and participate in it so we may obtain the resurrection of life! 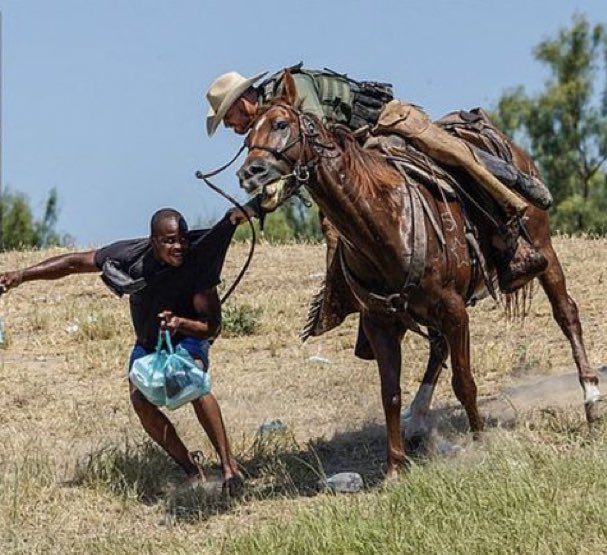