Can You Be Forgiven?

Man’s Influence on the Creation

King Josiah proved faithful to YHWH; many of his subjects did not. Zephaniah warned idolatrous and sinful Judah that judgment was coming unless they repented.

Zephaniah is the thirty-sixth book in most English Bibles; in the Hebrew Bible it is part of the Nevi’im, the Prophets; in the Greek Septuagint Zephaniah is the ninth of the Duodecim (Latinized; Dodeka in Greek), “the Twelve.” Zephaniah (“YHWH has hidden/protected”) was the son of Cushi, son of Gedaliah, son of Amariah, son of Hezekiah, and prophesied in the days of Josiah (640-609 BCE; Zephaniah 1:1). Perhaps Zephaniah is the direct descendant of Hezekiah king of Judah; “Cushi” means Cushite, or Ethiopian, and may mean that Zephaniah is part Ethiopian. Zephaniah prophesies the imminent day of YHWH which will come upon Judah and its neighbors while extending hope in the latter days. 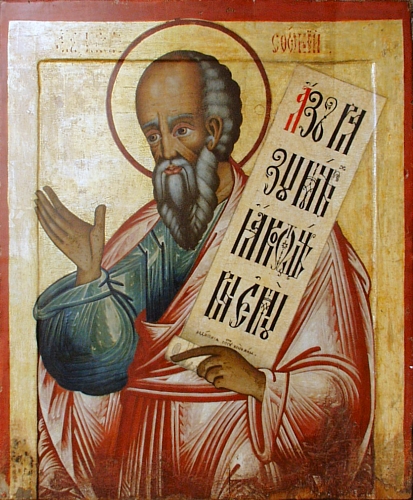 The book of Zephaniah begins with YHWH’s declaration of judgment: all would be wiped out and cut off, for YHWH would stretch out His hand against Judah and Jerusalem for their idolatrous behavior and unwillingness to follow or inquire of Him (Zephaniah 1:2-6). Zephaniah then described the day of YHWH as a day of sacrifice; all who have committed idolatry, violence, and fraud would be punished; laments would be heard throughout the city, for YHWH would punish all those who believed He would do neither good nor ill (Zephaniah 1:7-12). All of their possessions would be taken by others; the day of YHWH was near and would be bitter, full of wrath, ruin, devastation, and darkness against the cities of Judah (Zephaniah 1:13-16). YHWH would bring distress on mankind on account of their sin: their blood would be poured out on the ground, their riches would provide no benefit to them, and none would be able to stand before Him; He would bring them all to an end (Zephaniah 1:17-18). And yet Zephaniah held out hope for Judah: if they sought YHWH in humility and did what He commanded before the day of destruction they might be preserved from His anger (Zephaniah 2:1-3).

Zephaniah saw that the day of YHWH would not come upon Judah alone. The cities of the Philistines would also be laid waste; Judah would eventually take over the land when YHWH would restore their fortunes (Zephaniah 2:4-7). The Moabites and Ammonites had taunted the people of YHWH; they would become as Sodom, destroyed and plundered; all the lands of the nations would bow down to YHWH (Zephaniah 2:8-11). The Cushites of Ethiopia would not be spared either (Zephaniah 2:12). YHWH would stretch out His hand against the Assyrians and make Nineveh a desolation; they boasted in greatness but would be made a wilderness, an object of mockery (Zephaniah 2:13-15).

Zephaniah pronounced woe and disaster upon Jerusalem as a rebellious, defiled, oppressing city (Zephaniah 3:1): she did not trust in YHWH, her officials and judges oppressed the powerless; the prophets were treacherous; the priests defiled that which was holy; yet YHWH is righteous and just (Zephaniah 3:2-5). YHWH has destroyed cities and nations, hoping that Judah would revere Him and be chastened; His people proved even more rebellious, and the day would come upon which He would pour out His wrath upon them (Zephaniah 3:6-8).

Yet Zephaniah then envisioned a time when YHWH would restore the fortunes of His people. At that time YHWH would change the speech of the nations so that they could call upon His name and serve Him; all the diaspora would return and bring Him offerings; the shameful deeds and persons of Israel would be removed and a humble, lowly people who seek refuge in YHWH would remain, and none would make them afraid (Zephaniah 3:9-13). Israel would then rejoice, for YHWH will have removed His judgments from upon them; King YHWH would again be in their midst, and none would make them afraid; the oppressors will be dealt with, the marginalized would be saved, and Israel would be renowned and praised throughout the earth when YHWH will have restored their fortunes (Zephaniah 3:14-20).

Zephaniah’s warnings proved prescient. Assyria fell near the end of Josiah’s reign; within 30 years Jerusalem and Judah were destroyed and its people exiled (cf. 2 Kings 25:1-21). Yet Zephaniah’s vision of future restoration came to pass as well: God made Jesus of Nazareth, a descendant of David, Lord and Christ, the King, and all among the nations are called to come forth and serve Him (Ephesians 3:1-13). May we draw near to God through Christ and serve Him!

Ethan Longhenry ·
@deverbovitae
"Bring the entire tithe into the storehouse so that there may be food in my temple. Test me in this matter," says YHWH of Heaven's Armies, "to see if I will not open for you the windows of heaven and pour out blessing for you until there is no room for it all" (Malachi 3:10).
View on Twitter
0
0

Ethan Longhenry ·
@deverbovitae
"Since, I, YHWH, do not go back on my promises, you, sons of Jacob, have not perished" (Malachi 3:6).
View on Twitter
0
0

Ethan Longhenry ·
@deverbovitae
The song book is far, far more influential than the pulpit, just as the liturgy did in days of old.

Sing substantive songs. Sing the Psalms. Don't settle for the thin gruel of old time mediocrity and heavenly escapism. https://t.co/iKgSPg5a27
View on Twitter
Jen Wilkin@jenniferwilkin
Words set to music have a profoundly formative effect. Any lyric we hear or sing can yield us either well-formed or malformed. My latest at @CTmagazine https://t.co/ZIxLArVqU2
1
5

Ethan Longhenry ·
@deverbovitae
But, y'know, he has some good things to say occasionally. And is a "leader" or something. https://t.co/81Lwo22MWC
View on Twitter

Ethan Longhenry ·
@deverbovitae
"I will come to you in judgment. I will be quick to testify against those who practice divination, those who commit adultery, those who break promises...
View on Twitter
0
0

Ethan Longhenry ·
@deverbovitae
"du Mez patrilateral". High quality there. https://t.co/JoTknnBCsE
View on Twitter
Bob Smietana@bobsmietana
Wrote about how a class between pastor warlords and people in the pews, growing secularization, the political nature of the word evangelicals, the fight over CRT, abuse, and the failings of leaders have the SBC in a leadership crisis.